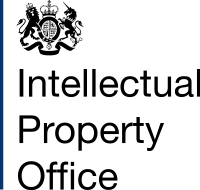 Title of Invention: Prevention and/or treatment of neurodegenerative disease

Memory Health LLC Has Been Awarded a U.K Patent For The Prevention and Treatment Of Alzheimer’s and Other Neurodegenerative Disease

We’ve received a new patent for our Memory Health® supplement for use in the prevention and or treatment of neurodegenerative disease like Alzheimer’s and dementia.

The United Kingdom Patent Office has issued a patent for our uniquely-formulated Memory Health® brain health supplement, for “the prevention and/or treatment of neurodegenerative disease.” A U.S. patent is also pending.

Neurodegenerative disease is a term that covers a variety of conditions, like memory loss, dementia and Alzheimer's disease, that primarily affect the neurons in the human brain. Further, Memory Health® is clinically proven to support memory, cognitive function, executive function and mental health. It was published in the scientific Journal of Alzheimer's Disease as a breakthrough for long-term brain health.

“This patent is a major milestone in the endless quest to prevent and treat neurodegenerative disorders like dementia and Alzheimer’s disease. We’re so happy to be able to provide hope for current sufferers and their families, as well as a solution to prevent future disease, using a scientifically-designed and scientifically-tested nutritional supplement,” said Frederic J. Jouhet, Founder of Memory Health LLC.

The global cost of Alzheimer’s and dementia has been estimated at $605 billion, about 1% of the world GDP, according to Alzheimer’s News Today. With a global aging population and a lack of available preventative options or curative treatments, these brain disorders will soon become even more of a worldwide health crisis. Fortunately, scientists have discovered that the nutrients in Memory Health® are beneficial for staving off degenerative brain disorders.

“This patent granted in the United Kingdom to a group of relentless researchers in the space of nutrition for the eyes and the brain is the first ray of hope in the fight for better brain health,” added Jouhet. “This product gives us a road map to determine the exact nutritional deficiencies that cause degenerative brain conditions like dementia and Alzheimer’s. And it provides a scientifically-designed supplement to remedy that shortage of nutrients in our daily diets.”

Research shows that eating a proper diet is a strong strategy for enhancing and protecting cognitive abilities, though numerous studies show that more than 90% of Americans don’t get enough of the recommended nutrients they need for optimal health. According to the Office of Disease Prevention and Health Promotion, in just about every age and gender category, our diets are far too low in vegetables, fruits, grains, dairy, seafood, and oil, while being overloaded with processed foods, refined grains, sugar, saturated fat, and sodium. As you’ve probably noted, this typical American diet definitely doesn’t provide adequate nutritional support for the brain.

Unlike other brain health supplements, Memory Health® was developed and tested in clinical trials on both diseased and healthy brains. The results of these trials were published in the scientific Journal of Alzheimer's Disease,* demonstrating improvement in brain health for people who took it.

"This patent validates the real science behind Memory Health, proving real results for real people. It continues to validate the true efficacy of our product versus other so-called ‘industry leaders’ with less science but larger advertising budgets. Everybody claims to have success, but our success has been proven by clinical research trials, published in highly-respected medical journals and further validated with this latest patent,” added Memory Health LLC managing partner Edward Shehab.

Manufactured in the United States, Memory Health® is made with a unique formulation, including Omega-3 fatty acids DHA and EPA, carotenoids (Lutein, Zeaxanthin and meso-Zeaxanthin, and Natural Vitamin E. Our production process follows Pharma Grade Standards and our ingredients are all-natural and non-gmo. It’s been proven safe for everyone, including pregnant women and nursing mothers.

Why wait? Sign up for a monthly subscription for a 30-day supply of our Memory Health® brain health supplement and begin protecting your brain health today. Take 10% off every month for life when you sign up to subscribe to Memory Health®.